Frammenti is the workshop of Poliarte, a center for Restoring, Fine Arts and Artistic Research placed in Castelbuono (Sicily) in a precious 18th Century palace. Since 1975, we are experts in restoring Cultural Heritage and, meanwhile, we create. Poliarte is a forge of ideas and Frammenti is our window to the world.

Poliarte’s handcrafted production encompasses various techniques: painting, sculpture, modelling, drawing, engraving, but also digital art. Beyond the production exhibited in the workshop, we also create, on commission, artworks for all tastes and fantasies:

Michele for the registry office, Enzo for all friends, is a restorer, scenographer and artist. Graduated with honors in scenography at the Academy of Fine Arts of Brera (Milan), after a collaboration with Giorgio Strehler he has decided to return to Sicily, where in 1975 he launched his activity in restoring, specializing in the restoration of paintings and wooden sculptures and founding, a few years later, Poliarte. As a restorer, he was the author of many important restorations, such as the Architecture Drawings on Table by G.B. Basile, now exhibited in the School of Architecture of the University of Palermo, and the decorations and artworks of a lot of Palermo ancient palaces. Over the years, he has dedicated himself to the furniture design, Museum exhibits (bears his signature the Museo Civico di Castelbuono, placed inside the medieval Ventimiglia Castle, where he was also director for six years), and Interior decoration. His production as an artist explores a variety of fields and encompasses numerous techniques; in his artworks there is a common thread, however, outlined by a pictorial substance that takes shape, becoming three-dimensional, and that is fused with the matter, which in the later works loses color and becomes white, and with space. 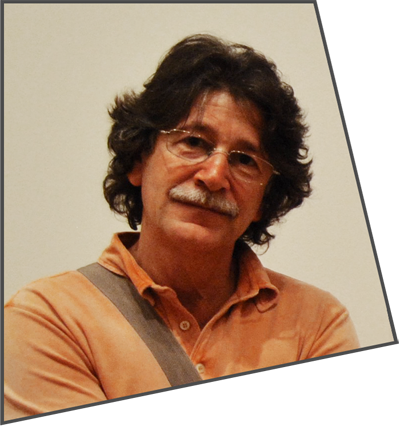 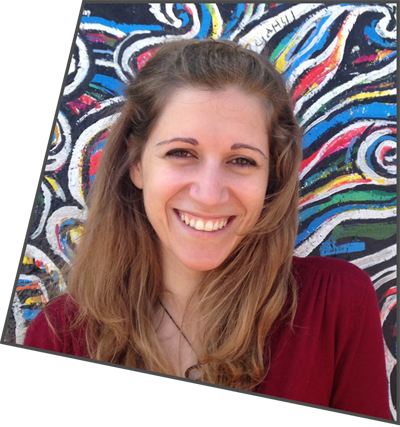 Angela is Enzo’s daughter and, as such, she followed in his footsteps. She grew up in an environment full of impulses, having since childhood a big passion for art and creation. She graduated with honors in the Restoration of Paintings at the Aldo Galli Academy in Como (Italy) and then in Art History at the University of Palermo. For years she combines the activity of restoration with an intense artistic production in painting, sculpture, decoration , graphics, digital art, ceramics, set design and urban installations, encompassing in a polyhedric way numerous artistic techniques. His works seek a coexistence of an imaginary world of “objets trouvés”, witnesses of lived and forgotten lives, and a bevy of characters actors of an ancient but modern mythology. Since 2010 she is the author of Ypsigrock Festival’s urban sets. She is currently the President of the Museo Civico di Castelbuono (Ventimiglia Castle) and, in the free time, she also dedicates herself to writing, with some projects in progress.